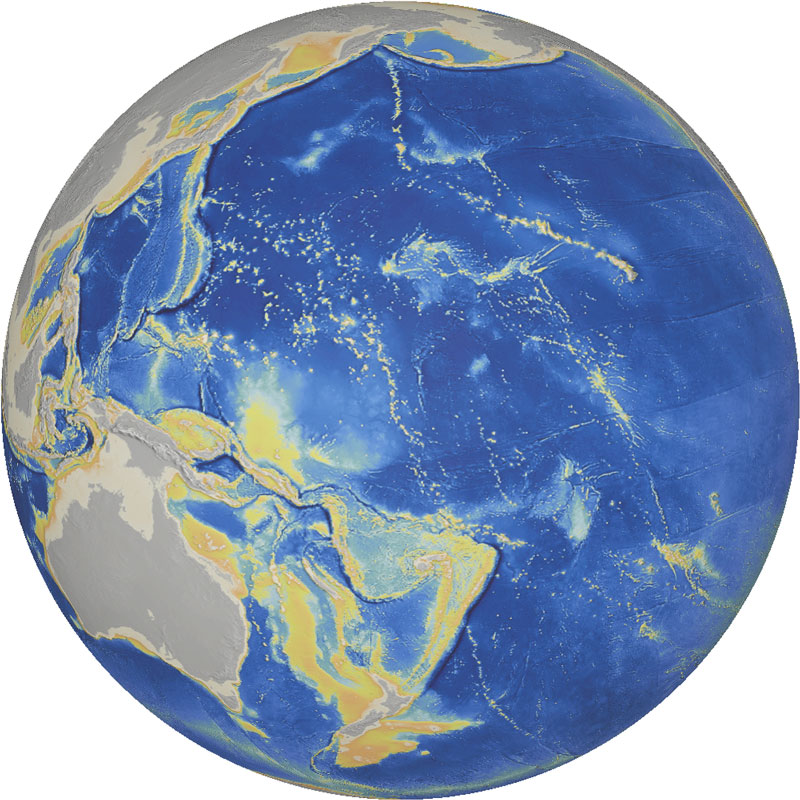 More than 70% of the Earth’s total area, including large parts of the continents and most of its major plate boundaries, are under water. The oceans were the birthplace of ancient continents, and new continents are still forming, for example at the Indo-Australian margin in the southwest Pacific. Critical new knowledge about the dynamic evolution of the Earth’s crust and its contained resources is emerging from the study of large-scale plate tectonics in the oceans. To understand the role of plate tectonics, we need to enter the “ocean laboratory”. Students in iMAGE-CREATE are using deep-sea technologies to reveal how mineral-rich continental crust might have formed in ancient oceans, and they are producing new images of the present-day tectonic plates to test ideas about crustal growth and resource formation through time.

Our ability to resolve episodes of crustal growth and ore formation in the distant past is rather poor. The record in ancient continental landmasses has been overprinted repeatedly by collision and fragmentation during the plate tectonic cycle. To study crustal growth and ore formation, we need to observe events as they are happening in real time and can still be measured. The best place to do that is in the neotectonic framework of the modern oceans.

“Some of the most important breakthroughs are coming from the study of plate tectonics in the oceans.”